Back to all posts

True Confessions: That Time I Accidentally Sang with a Serial Killer (an absolutely true story) 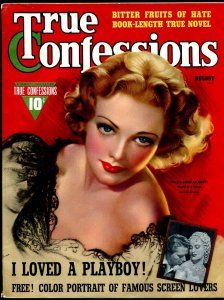 It was the summer of 1994 when I received a call from a musician friend of mine. His guitar student was recording a demo before he moved to Nashville and he asked if I was available to sing some harmony vocals for the project and because I was a poor working singer-songwriter, I said, "yes, absolutely". He said “I do feel I need to warn you that this guy is a really, really, really … terrible singer, but he pays well and his checks don’t bounce.” So, I was in.

The next weekend, there I was in White Rose Studio with a host of OKC’s best studio musicians … and this very muscular, but child-like man in his mid-thirties with a thick neck, huge eyes, a cheesy mustache, big goofy smile, and overly-friendly demeanor. “Howdy, Ma’am … it’s a mighty pleasure to meet ya Miss Shelly Phelps.”

His name was Paul Reid, but he was using the “stage name” Justin Parks. He explained – “Justin” was after the cowboy boots. “Parks” – because he thought it sounded country for some reason. He worked at a bakery and brought donuts and pastries to every session. The number 1 box office hit that summer was “Forrest Gump” and we quickly nicknamed him “Forrest. Not to his face, but it was not meant as unkind.

We began to record and he was indeed a horrible singer. Every single line required no less than 15 or 20 takes and the last one was never any better than the first. He had no sense of rhythm or timing or any musicality to speak of.

He recorded 4 songs … A Country Boy Can Survive, Neon Rainbow, and Rodeo, and an original song called, “Two-Steppin Saturday Night”. It was truly awful and most of us felt rather guilty taking his money because we knew this guy was going to get completely obliterated in Nashville. We felt sorry for him and a I felt a bit guilty for taking his money. He told me I could "ride his coattails to fame" and I just shook his hand and smiled and thought "Nashville is going to eat the poor guy alive".

When it was finally all over … we walked out and quickly forgot about the entire experience. He left “cassette” copies for each of us and I was the only one who walked out with mine. I went home and threw it in a pile of other cassettes I never planned to listen to again.

Three years later … 1997 … I’m at home when I received a phone call from my drummer friend, Ray. Ray said, “Turn on CNN. Now.” I flipped the channel to CNN. Staring back at me was those big eyes and cheesy mustache. There was no big goofy smile and there was no friendly demeanor.

Above his photo … PAUL DENNIS REID … he had three names now. I thought “They always give murderers three names, don’t they?”

Ray gives me a minute to take it all in and he says “Shelly, they say he killed seven people”. Forrest Gump killed seven people? As time passed we learned he had been fired from his job at Captain D’s and went on a killing spree.

At Captain D’s, he forced two of his former co-workers to lie face down and shot them execution style and them robbed them and the cash register. Two days later, he used the money as a down payment on a car.

At McDonald’s, he repeated the robbery and execution style killings of three employees. When he fired at a fourth, his weapon failed, so he pulled out his knife and stabbed him 17 times and left him for dead.

At Baskin and Robbins, he kidnapped two female employees … 21 and 16 years old. They were later found in a park with their throats slashed.

Finally he went to the home of the Captain D’s manager who had fired him and attempted to kidnap him. The man managed to get away from him and called the police, who instructed him to call Reid and talk him into coming back to his house. Where he was eventually arrested. The McDonald’s employee that he left for dead survived and was able to identify him.

Paul Dennis Reid (also known as The Fast Food Killer) received seven death sentences for his convictions. While he was in prison, he wrote a manifesto demonstrating signs of paranoia, calling his defense team "actors" and claiming he was part of a United States government mind-control project called "Scientific Technology" that monitored his every move. A few of the musicians who were in the studio that day met at a bar … we sat silently, drinking beer and reading the manifesto as we passed each page of the manifesto down to the next.

Appeals regarding his mental capacity and a pending investigation into the constitutionality of Tennessee's lethal injection methods, kept him from reaching his execution date. He died of complications from pneumonia, heart failure, and upper respiratory issues in 2013.

He was also suspected of other crimes but was never convicted. I suspect we were paid with blood money.

Yes, I still have the recordings ... somewhere.